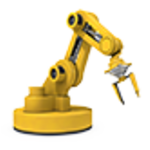 So I broke my first phone screen, after nine years, a couple months ago. Thanks for all the great suggestions to buy a case... they were ignored. 😝

I refuse to buy a case. Wanting to see if this a fluke I decide to carry the broken screen for a while. Time passes and I don't drop the phone again. All good. I must have outgrown that phase. Phew.

Tonight I replaced the screen for a second time. No big deal. However, I noticed something. The first replacement screen I bought was the $99 iFixit version. It was perfect... for the two days before I dropped it. The second time I decided to go with the $49 el cheapo version.

When the cheap one arrived I was surprised that it seemed identical to the first. Is iFixit ripping us off!?! Argh... pitchfork time!

Not so fast. After I had the cheap screen installed I discovered why it was a bargain. The glass was not well bonded to the lower plastic base and lifts a tiny amount. It's not a big deal but it's noticeable and would definitely have been reason to fail Apple's quality control.

It seems that the expensive replacement parts are genuine replacements whereas the cheap parts are manufacturing rejects that some liquidator picked up in bulk and misrepresented when they sold them at a discount. At least that's my conclusion. Sample size one.

Considering this phone only has to last me two more months I think it's acceptable. If I needed it to last longer then this screen gap would become a problem with all the lint that's going to get in there.